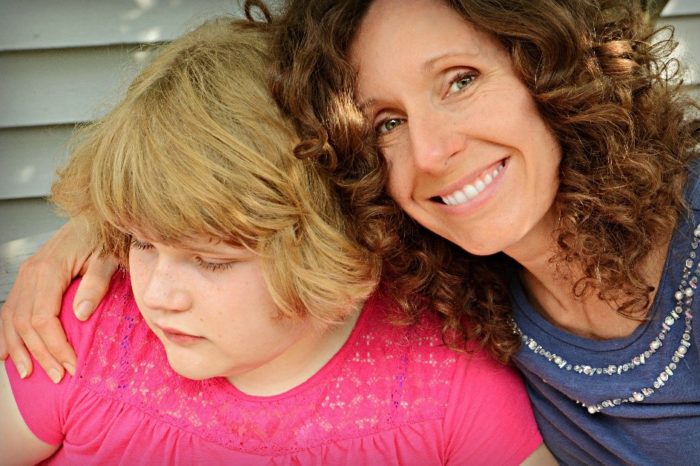 One of the best moments of my life was the one in which my daughter Mary looked at a toy for the first time. We were sitting on the floor of our apartment in Medford, MA with Dana Guthrie, my daughter’s TVI from Perkins School for the Blind. Up to this point, Mary would only take brief glances at toys but then immediately look away. On this day, when Dana brought out a silver Mylar pompom and placed it near my daughter’s left ear, Mary turned her head and LOOKED AT IT. When Dana moved the pompom to Mary’s right side, she turned her head in that direction and looked at it again. I wish I could convey to you in words what that moment meant to me. Perhaps you have experienced it with your own child. For myself, I have had the great honor of sharing that experience with dozens of other families and it is one of my greatest joys.

But let me back up a bit. At 2 months of age, Mary’s pediatrician noted abnormal eye movements and referred us to an ophthalmologist. That first doctor we saw told me that my child was blind and that she was very sorry. After recovering from that shock, I immediately requested a referral to Boston Children’s Hospital, where Mary was seen by Dr. Anne Fulton. Dr. Fulton’s exam revealed ocular characteristics suggestive of albinism (hypopigmentation of the eyes that causes moderate to severe visual impairment). Dr. Fulton also tested Mary’s visual functioning by presenting a series of black and white striped cards – this is called a preferential looking test. Mary did not look at the cards at all.

Undeterred, Dr. Fulton suggested that Mary have a VEP (visual evoked potential) test and an ERG (electroretinogram). This first test measured the visual signal travelling from Mary’s optic nerve to her visual cortex, and the second measured the responses of her retinas. Both of these tests told us that Mary did in fact have vision, and that her optic nerve and retina were functioning. And yet, the albinism diagnosis alone did not account for Mary’s lack of visual responses.

In addition to her regular visits to Dr. Fulton, Mary was seen by a neuro ophthalmologist. At the end of our visit and after reading his report, I didn’t think that we had gained any new information. Yes, Mary had atypical eye movements. No, they did not appear to be caused by intraocular muscle issues. Now, looking back at this report, the words “possible PVL” and “post-chiasmic” leap off of the page as if they were written in neon letters. At that time, I had no idea what these terms meant, and since no official diagnosis was given, I didn’t put the pieces together myself. Thankfully, I had the support of someone who did understand the significance of this report – our TVI, Dana.

Slowly, Dana began to introduce the idea that Mary might have an additional visual impairment called CVI. She explained that this type of visual impairment was brain-based, and that it was recognized by particular visual behaviors. She began teaching me how to modify our home environment to reduce visual complexity and introduced me to the APH light box. Both of these strategies produced dramatic results for Mary. Dana also accompanied us to our visits with Dr. Fulton, where she shared both her own insights into Mary’s visual functioning as well as some video clips of Mary demonstrating CVI characteristics. In January of 2006, when she was 2 years old, Mary officially received the diagnosis of CVI.

Once I began to learn about CVI, I did not want to stop. For months, I would pepper Dana with questions and seek out whatever resources I could find. Fifteen years ago, there were no websites or Facebook pages with parent-friendly language to describe CVI, so I decided on a dramatic course of action – I left my position as a postdoctoral research chemist and entered the TVI program at UMass-Boston.

As I began my coursework, Mary and I joined the Infant-Toddler Program at Perkins. This was a life-changing experience, and in addition to the support and friendship I received in this group, the (former) Director of the program, Tom Miller, introduced me to the teacher who would become my practicum mentor – Ellen Mazel. I can say without hesitation that working with Ellen made me the teacher I am today. Her practical application of CVI intervention strategies, dynamic teaching, and ability to collaborate with other teachers and therapists gave me a model that I continue to emulate. But more than that, simply watching Ellen interact with her students gave me valuable insight with regards to the ways that we as teachers must adjust our methods to provide visual access to learning opportunities for our students with CVI.

Today, I am a full-time Birth to Three Educator (DTV/TVI) for the Illinois School for the Visually Impaired. Over half of the students on my caseload have characteristics of CVI, and although many of them do receive a CVI diagnosis, others do not. Despite the wealth of CVI resources available digitally, if parents are not given a diagnosis, they may not know where to look. Given the scarcity of vision professionals across the country, parents may not have someone to put the pieces together for them, the way Dana did for me. I can only hope that as we in the vision community continue to expand resources for families of students with visual impairments, we will create a bridge to reach families who need our services and support.

For those families who have a child with CVI, I want to tell you so many things. First of all, know that you are not alone! There are many parents who have walked this path before you, and they will become your mentors and your tribe. Next, know that little changes you make to your everyday routines can often make the biggest difference in terms of your child’s visual functioning. And finally, I want you to know that yes, this journey you and your child are on will be challenging, frustrating, and exhausting, but it can still be a happy one. I truly believe that we as parents of children with visual impairments see the world more clearly than others do. We see the beauty in small moments, like the one in which your child looks at a toy for the first time.