Editor’s Note: Today’s blog post is by Justin Harford, a project coordinator with the National Clearinghouse on Disability and Exchange, a project sponsored by the Department of State and administered by Mobility International USA for the purpose of increasing participation of students with disabilities in mainstream international exchange. Having studied and traveled in Latin America using a white cane, a slate and stylus, and a smartphone, Justin knows firsthand about the growth and independence that can come from studying abroad.

Why Your Blind or Visually Impaired Child Needs to Study Abroad 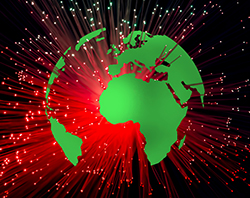 If I had my way, every blind or visually impaired student would have an experience of spending a semester or an academic year in another country, studying with non-US students in a non-US language. Of course, I am from a decidedly biased point of view. As a former blind student who finished undergraduate studies at UC Berkeley in Latin American history in 2011, my summer in Mexico and my year in Chile were the high points of my college experience.

Yet often times, parents of blind or visually impaired young adults and the young adults themselves, have reservations about international exchange. "What if my son/daughter is unable to make friends or insists too much on getting help from their peers or teachers? What if they have cultural difficulties with people who don’t understand blindness or their visual impairment?"

In other cases, international exchange may not be the first thing that comes to mind as students and parents try to figure out the necessary steps to reach independence. Preparing for college can be overwhelming, first with applications, then deciding where to go, getting oriented to the new campus, and then figuring out the processes to request and receive disability-related accommodations.

Many blind or visually impaired students choose to go to a training center for the blind to build their confidence as a blind or visually impaired adult, which can add an extra step and delay college admission. Between that and all of the things that all students have to face including financial aid, meeting necessary course requirements to graduate with a major, making friends, and participating in extracurricular activities, it can be easy to simply tell one’s self that study or volunteer abroad is simply an extra diversion that will further delay graduation and add to the already steep cost of preparation for life and that after all… it’s not accessible anyway, right?

So why should your blind or visually impaired son or daughter study or volunteer abroad? Let me share five reasons.

5 Reasons Your Child Should Study Abroad 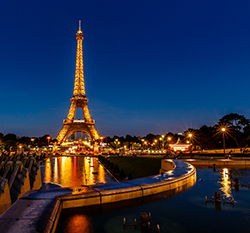 In conclusion, encourage your blind or visually impaired son or daughter to consider an international exchange. It will be one of the best decisions that you and they will make.

Your Resource for Studying, Volunteering, or Interning Abroad with a Visual Impairment